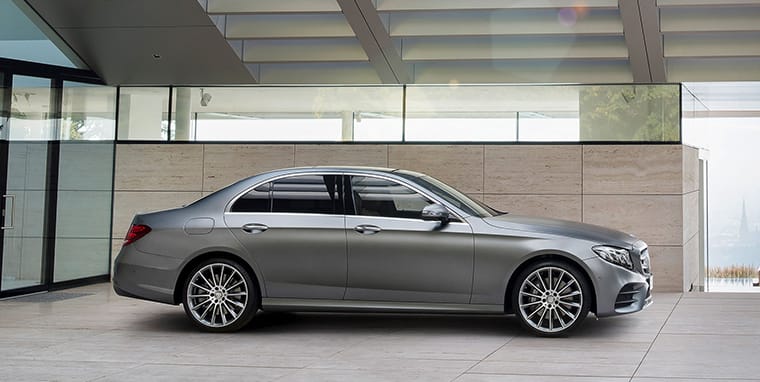 Are you looking to purchase a new car during 2017 in Australia? We’ve pulled our best resources together to come up with a list of the cars to keep an eye on as they are released. You can expect a number of impressive car models to hit the streets in 2017, from high-performance hatchbacks to eco-friendly sedans, there will be plenty of exciting rides to choose from.

Let’s take a look at some of the best upcoming new cars of 2017. These thrilling vehicles reveal the automotive world’s newest and most advanced technologies. Most importantly, drivers will always experience a sense of excitement while behind the wheel.

The all-new Honda Civic Type R is among this year’s most anticipated new upcoming cars. Although the race-bred Civic Type R has been available in Europe for a few years, this is the first time that Australian driving enthusiasts will have the opportunity to grab one. Its turbocharged four-cylinder engine will push out at least 300 horsepower. Aside from the coupe’s blistering acceleration, it will also offer sensational handling via track-tuned suspension.

If you are looking for a high-tech sports car, the all-new 2017 Acura NSX is sure to leave you amazed. Its aerodynamic styling and road-hugging stance puts it among the most electrifying new cars 2017. Under the hood sits a hybrid V6 engine, which punches out an exciting 573 horsepower. When tested at the track, the new NSX recorded a mind-blowing 0-60 time of 2.9 seconds. Drivers will be surrounded by an array of high-tech goodies, including a high-resolution gauge cluster.

The new Alfa Giulia will compete against today’s top sports sedans. Distinctive front-end styling and exotic paint colors help the Romeo Giulia to truly stand out among the other new cars of 2017. While the base engine promises a good balance of performance and fuel economy, the boosted six-cylinder engine develops a staggering 510 horsepower. This Italian sedan is a great option for the drivers who want to make a bold statement.

Lexus continues to develop cars that offer a superior level of driving excitement. The new LC500 Coupe delivers a captivating performance without sacrificing any luxury. There are a lot of people who will love its ultra-sleek body and futuristic headlamps. It’s high-revving, V8 engine should provide more than enough kick. While behind the wheel of the LC500 Coupe, its multi-position driver’s seat will put your entire body at ease.

Tesla has become known for its ability to develop world-class hybrid sedans. Unfortunately, many of the automaker’s models carry a very expensive price tag. With a starting price of approximately $60,000, the new Model III is clearly one of the best new upcoming cars due to be built 2017, with delivery likely in the beginning of 2018. In the eyes of most automotive journalists, it looks just as stunning as its more expensive counterparts. You will be able to conserve fuel while enjoying the finest luxury features.

For good reason, the 2017 Mercedes-Benz E-Class has created a great deal of hype. Drivers can look forward to the German luxury sedan’s improved fuel efficiency. As usual, it will deliver a great balance of driving excitement and passenger comfort.
2017 will see a range of new and exciting cars on the market with something to suit everyone’s tastes and preferences. If you are interested in purchasing a new car in 2017, the Car Search Brokers team would love to help you out. Contact Car Search Brokers today by calling 1300 650 890.

How Far Away Are We From Driverless Cars?
How Does A Car Broker Service Work?

I was very pleased with the service provided. I have a disability and need hand controls on my car.